Book One of the Godling Chronicles Free!

From now until Jan. 2nd you can download The Godling Chronicles: The Sword Of Truth absolutely Free! Click here! 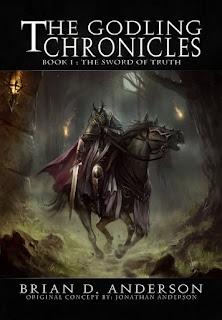 Posted by BriandAndersonbooks at 5:26 PM No comments:

The Art of War

How can I get one, you ask? Simple. I'll be picking 100 people from my mailing list at random. You mean you're not on my mailing list? Then message me your email address and you will be.
Posted by BriandAndersonbooks at 7:36 AM No comments:

The Vale: Book One -Behind the Vale (Sample Chapters)

The Vale
Book One – Behind The Vale

This is a work of fiction. Names, characters, places and incidents are products of the author’s imagination or are used fictitiously and should not be construed as real. Any resemblance to actual events, locales, organizations or persons, living or dead, is entirely coincidental.
No part of this book may be used or reproduced in any manner whatsoever without written permission, except in the case of brief quotations embodied in critical articles and reviews.
First Published Longfire Press, March 2018


Some feelings would tear him apart, no matter how much time had passed.
I hope you enjoyed the sample. For updates and some great upcoming giveaways keep an eye on this page or you can follow me on the links below. And you can add it to your Goodreads shelf HERE
Facebook
Twitter

Posted by BriandAndersonbooks at 12:15 PM No comments: 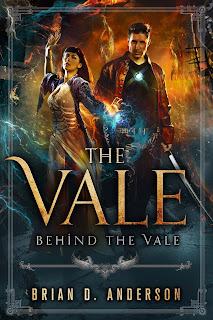 Posted by BriandAndersonbooks at 4:58 PM No comments: