When asked why he performed lying on his back at tonight's SNL 40th Anniversary Special, Kanye West said that he wanted to see things from the perspective all the little people who look up to him. "I know I must seem almost Godlike to the masses," said West. What the audience didn't know was that on the ceiling above he had placed a life size picture of himself. "It really put it in perspective when I saw me standing above me. I couldn't help but feel in awe of my own presence. I think I finally understand why people love me."
Posted by BriandAndersonbooks at 9:21 PM No comments: 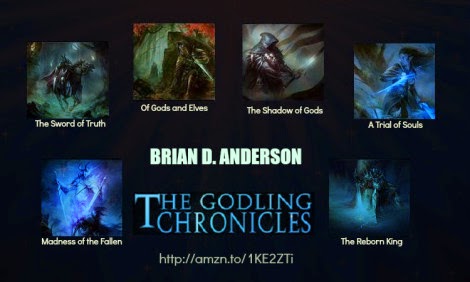 Today I was feeling a bit burned out, so I decided that I should take it easy and spend some time watching old movies and reading. I've been getting a lot of work done lately, so the guilt of letting a day go was at a minimum. All was going according to my design until about 2pm when I fell asleep in the middle of watching the original Planet of the Apes. Taylor was in ape court and had discovered that his friend was lobotomized. When I woke up it was more than four hours later, the movie was long over, my son was home from school, the sun was down, and the day was practically done. I had wasted a day by wasting a day...that I had intended to waste. But instead of enjoying myself with useless pursuits of sloth and leisure, I slept. Now I'm faced with the fact that I will not be able to fall asleep again until well after midnight. I might even see the dawn if my bad luck holds. Yes, my plan has totally backfired.

I thought to renew my scheme of books and movies, but found the living room had been hijacked and I had a slight headache, making reading uncomfortable. In a fit of desperation I sat down at my computer and pulled up the book I'm working on and stared at it for roughly fifteen minutes before closing the file in disgust. Now I'm wide awake, and uninspired. A poor combination for an author. Particularly one who has several projects in the works; each very important to my career.

Oh well. I suppose I can take an aspirin and hope for the best. The good news is that I'll likely sleep through the morning ritual of the mad scramble to get the boy to the bus on time. Yes indeed. I think I'll try to pick some gold out this pile of shit.

Posted by BriandAndersonbooks at 6:40 PM No comments:

With too much quiet, too much time to live inside my own head, and far too many projects on my plate, I find those old feelings of inadequacy creeping back in. That little voice who is always there to torment me. It tells me that I'm way out of my depth. What makes me think that I can find success in a field populated by so many brilliant people? Who the hell am I to imagine in my dizziest daydreams that anyone would find what I do worthy of serious attention? Yeah. That's the old naysaying asshole who plagued me for years. I've tried to pretend I had banished him for good. I've tried to act like I had forgotten...but that was a lie.

I know that it's just fear talking. That little voice has no concept whatsoever of the things I am capable of accomplishing. It's not reality seeping in. It has no answers. No words of wisdom to impart. It can't stop me from failing where I should succeed. No. All that little voice knows is fear. And fear is a hell of a foe. A foe I'll never underestimate again. It's done me too much harm during my short life in this world.

But here's the thing that keeps rattling around my skull. It's something I didn't know before, but understand as a truth today. Fear has value. Fear tells us when we're breaking new ground. Fear tells us that we are learning to fly. Fear sets the boundary between what is mundane and what makes us great. How could we appreciate joy without the trail of fear? How can we know that our life has meaning without overcoming the demons which plague us?

So I welcome my fear and smile at the sound of that little voice. What was once like fingernails on a chalkboard has become a sweet melody. I feel fear...and that's a good thing.
Posted by BriandAndersonbooks at 4:33 AM 1 comment:

The tension keeps building as I await the verdict from the publishers. All I can really do is continue writing and living life as if nothing important is happening. However, in the quiet hours of the day, I have to admit that I go a little nutty. I try to read, but I find it's difficult when I can't stay focused enough to get through more than a few pages.

On the positive, though reading may present a problem, writing does not. And for that I am truly grateful. As my wits fly apart, my muse seems to be perfectly intact. I'm nearing the halfway point in the second Dragonvein novel and should be sending off a portion to editing this week. The new serial is more or less mapped out and it should only take a week or two to finish the first episode. Hell, I've even figured out the plot for the new Godling Chronicles sequel. So all in all the work aspect of my life is thriving.

But once again I find my life as a whole without a sense of balance. This can be dangerous for someone like me who often turns to less than healthy activities in order to release tension. Well, at least the good folks at Heineken and the local pubs will stay in business. It's times like this I wish I lived in Colorado. I could light up a fatty, put on some Pink Floyd, and chill. Sadly, I am not permitted to do so. I just can't imagine explaining to my son why I was arrested for possession. Damn me and my sense of responsibility.

Posted by BriandAndersonbooks at 3:13 AM No comments: