Your vote is appreciated!

Akiri: Dragonbane has been nominated for book of the year in the self published category. Please help me to the next round! 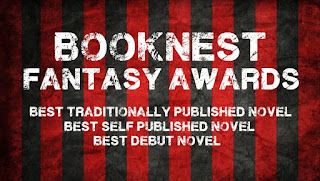 Vote Here!
Posted by BriandAndersonbooks at 7:23 AM No comments:

So You Want to Be a Writer?

Posted by BriandAndersonbooks at 1:57 AM 2 comments:

DBW Click to to see an article my agent wrote! I'm mentioned.😄
Posted by BriandAndersonbooks at 7:34 AM No comments:

Many of you will have no idea what the SPFBO is. It stands for Self-Published Fantasy Blog-Off and has been instrumental in shining a light on both individual indie writers as well as indie fantasy as a whole. Created in 2015 by the best-selling author Mark Laurence, the SPFBO provides hundreds of indies the unique opportunity to have their work reviewed by top fantasy sites, with thousands of followers. These sites typically review and discuss traditionally published authors and would rarely consider reading an indie novel.

The rules are simple. There are 300 entries spread among 10 review sites. Each site narrows it down to 1. And from those 10, a winner is chosen. The prize: aside from the review itself, exposure and prominent mention by a world-famous author…and I think he sends a trophy. This may not sound like much. But for those of us who have spent countless hours soliciting reviews and doing anything we can think of to get noticed, it’s a pretty big deal. Big enough that not only did I enter, but several of the top selling indies out there did the same.

As with any literary contest, the judging process is subjective. There is the possibility a book could end up in the hands of a reviewer who simply prefers a different style. But it’s as fair as it can be, given the number of books. But the point of it isn’t winning the contest. Well, not to me. Getting these high-volume sites to review an indie is nearly impossible. And here is an opportunity to spread your name. If you lose, fine. But they might remember you. They might even have liked your book enough to recommend it. Bare minimum you get a critique from a highly thought of reviewer. And so far, the reviews that have come in from those eliminated have been thoughtful and carefully crafted. No. Not all of them were 5 star. But they were constructive, and many left spots where the author could use a quote – another big deal.

Speaking of quotes, I asked Mark Lawrence to give me one about the SPFBO and he had this to say: “The SPFBO, or Spiffbo to its friends, is a collective effort that has become far more than I imagined it would be. It has made a huge difference to several excellent writers and a small difference to a great many more. It's one of the things I am most proud of, although my contribution is quite small." Mark is far too modest about his contribution. He is in constant contact with the participants through the social media site, and has been a true source of inspiration. Hell, he even gave me the quote I asked for the next day.

Why a guy like Mark Lawrence, a traditionally published, best-selling fantasy author with no specific ties to indie of which I am aware, would take the time to help indie authors is a question only he can answer. But I’m glad he did. So if you haven’t read his work, do so. Not only will you be reading a book written by one of today’s most talented writers, you’ll be supporting someone with a heart of gold and a true champion of the literary world.

Mark Lawrence's Blog
Posted by BriandAndersonbooks at 7:21 AM No comments:

From now until Tuesday September 19th. Don't miss out! 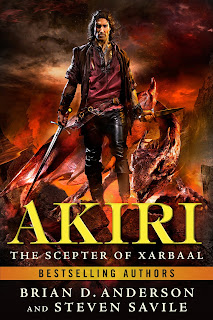 
Amazon US
Posted by BriandAndersonbooks at 5:52 AM No comments:

Posted by BriandAndersonbooks at 11:02 AM No comments: